Here are comments from our customers and feel free to look up our latest reviews in Google:

We recently got a rescue dog and needed a fence. Fence City came out immediately and gave us an estimate for a Western Red Cedar Picket fence that would meet our needs. It was installed within 2 weeks, and looks absolutely gorgeous. Several neighbors complimented and inquired as to where we purchased. Can't say enough good about this company. They were professional from start to finish and left our yard immaculate.
— Georgia Smith , April 2016


Thank you for your contribution to my Eagle Scout Project! Work for my project started on the 25th of July and ended on the 22nd of August. Because of your donation, I was able to obtain materials that were needed to construct the project. The pitchers at the field love the new pitching lanes! They are so happy and excited to use it during the current softball season. I am hoping to finish the paperwork by the end of September so that I can officially receive the reward.
— David Smith, Troop 51 Hatfield PA , September 2015


I just wanted to take a moment to thank you for coming out to “Rock the Block” with us and for the amazing job you did on the fence. I have stared at the broken fence in the park for years worrying that a child was going to get hurt. Within two hours you had fixed what others had tried to fix for what seemed like forever. Thanks also for your instruction with Public Works. They were blown away by your knowledge and skill. We are so grateful you chose to spend your Saturday with us!
— Marianne Lynch, Habitat for Humanity of Montgomery County, September 2015


The men did a great job on the instillation of the fence. Real professionals and quality work. Highly recommend the company.
— M Kelly, August 2015


From start to finish, five-stars. Fence City installed a beautiful, sturdy, and well built fence for us. I see these other reviews rating Fence City one-star, we couldn't have had a better experience. The sales consultant was friendly and professional, he came to our house, asked what the primary reason for installing a new fence was and provided suggestions, options and guidance. The day of the install was freezing in February and the guys were awesome. They explained exactly what they'd be doing, strung up the back-yard to provide a line and asked that we sign-off on the plan. After two full days of installation, we basically had a new, enclosed yard. The fence is exactly what we hoped it would be. Highly recommend.
— Corey K., Plymouth Meeting, PA, July 2013


Salesperson was punctual and responsive. Installers were professional and worked on some very hot days. The new fence looks great, is installed very well, and all gates work perfectly. We are very pleased with our experience. (Fence City had also installed the old fence about 17 years ago, and the old fence held up very well.)
— Robert Hutchinson, Audubon PA, July 2014


We needed a fence installed rather quickly, as we were getting a puppy. The estimator came out within a day or two and our fence was put up in about a week, sooner than had been anticipated. The work was well done and the men were reliable and professional. A few weeks after the fence was installed, I asked them to come and cut one of the posts next to the house a bit, as it interfered with opening a window. They sent someone out promptly and they took care of the problem. I would recommend Fence City.
- Gail Marshall, Yardley PA, June 2014


Jeff and his Crew did a phenomenal job with this project. Compared to other companies I reached out to Fence City had the best price for quality metal fencing. They were punctual, polite, and worked hard and fast all day. The new fencing enclosed a larger area then the old fence so digging was a bit tricky. Those guys handled it with no problem and happily worked the day away. The transformation is incredible. The backyard looks so good not I feel like I have to spruce up everything else to keep in line with the new fence. The safety gates close gently and automatically just as they should and I feel ten times better knowing the safety latches are there. I would definitely recommend Fence City and their expert team to all my friends and neighbors.
– Lisa Ashton, Ambler PA June 2014


Hey, Fence City team, wanted to thank you for the great job by your crew on our fence work. It looks awesome!
— Allen S., Springfield PA, June 2013


We had our aluminum fence installed by this company and my husband and I had a great experience. Hurricane sandy we lost a great big tree and it fell on our fence. I was happy that the same men that did the first job were the ones doing the repair. Again the guys were polite and cleaned up everything and Im still glad we used Fence City again.
— Bob W., Gwynedd Valley, PA, December 2012


A Fence City rep came promptly and provided a quote on site. They were ready to come within 2 weeks of the quote. The workers arrived on time and did a good job on removing the old privacy fence and installing the new split rail one. They were very quick, the workers were polite, and overall the job was a pleasant experience. I also felt the price was good and in line with several other quotes.
— Jack Z., Yardley PA, July 2012


Our fence was about 20 years old and falling apart. The gate was in such bad shape that it couldn’t be closed. My husband contacted several fence companies, and we decided on Fence City. The company showed up on the scheduled day, did the work, were considerate of the neighbors, cleaned up after themselves, and did a great job. The fence looks wonderful.
— Julie S., Glenside PA, July 2013


We collected several estimates from different companies, all found on Angie’s List, but felt that Marvin with Fence City was the most knowledgeable. The price was fair, not the highest but not the lowest either. He offered suggestions that no one else did, suggestions on how which fence or application would work best with what we wanted to do. Mother Nature conspired to delay our start date by a few weeks, but once they were able to start the job they stayed until it was finished. Even sitting out a nasty little thunder- storm in their truck until they could finish up the job. We are very pleased with the work they did, the crew was professional and polite, answering our questions whenever we had any. I would definitely recommend them!
— Sondra S., Springfield PA, June 2013


I chose them after getting several estimates from different fence companies. Their price was right in the middle. Fence City took a little longer than promised to get out here, but we did decide on having a fence built right in the middle of “fence season”. There were some hiccups along the way, but I’m very happy with how things turned out.
— Katherine W., Ridley Park PA, June 2013

They fenced our entire yard with aluminum (looks like wrought iron) fencing for pool protection. This was a very large job. Fence City came highly recommended to me. They matched my neighbors existing fence. I am very satisfied and they will certainly get any future fencing jobs.
— David Y., Bryn Mawr PA, April 2008

Still have questions about our service? Get in touch!

See any fence in your yard 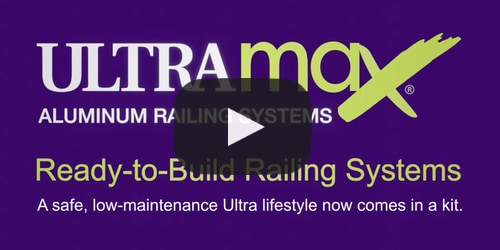 Have an idea to share?
Something we could do better?
Put a suggestion in our box!